It is aimed firstly as a media for socializing ideas, opinions or scientific research of the owner and other scholars. Second, this is a mean for spreading information about how to be both religious and nationalist through cultural approach. It is based on the common assumption that Indonesia is a country and nation with high civilization hence it characterized with a living full of peace, respect and appreciation among society without considering each other’s background such as religion, tribes, groups nor even color. Third, this web is purposed to bridge communication to those who love to live peacefully, comfortably, happily and prosperously.

The web’s motto: “Religious, Nationalist, and cultured” is taken from philosophy of life that needs to be understood and implemented to any part of nationalist and religious living.

Religious in this case means that every Indonesian citizen should consider comprehensively the process of development, spread of Islam (DakwahIslamiyah) related to how Islam came to Indonesia, that’s the way done by peace, fair trade, marriage, education, art and culture. All those methods use cultural approach so does Islam could easily developed and widespread in Indonesia. However, Indonesians should not just following or duplicating the religion as what applied by foreigners either from Middle East, Europe, or America.

Nationalist here is a spirit that being Indonesia means always related to Pancasila, as the fundamental base of Republic of Indonesia (NKRI). Pancasila as state ideology is unanimous and unquestionable, since only with Pancasila, Indonesia stays as big nation and its role within global constellation.

Furthermore, Cultured means that Indonesia as a well-being and strong nation and keep showing its existence in the worldwide. Thus, cultural approach and constextual perspective are needed to be implemented facing every kind of life matter and its dynamic.

Salaam: Indonesia’s Moslem for the center of world civilization 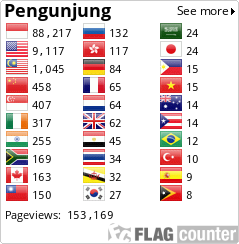